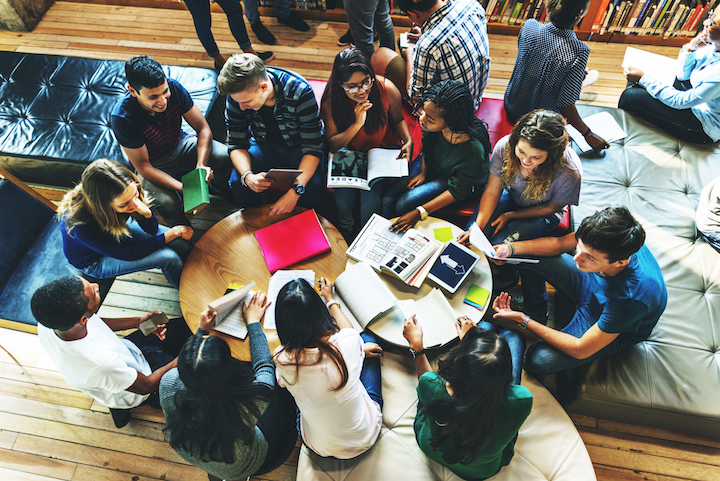 By Joan ThompsonJuly 29, 2020No Comments

“The U.S. Constitution ‘condemns discrimination against religious schools and the families whose children attend them. They are members of the community too, and their exclusion from [Montana’s] scholarship program here is odious to our Constitution and cannot stand.’ The Supreme Court’s holding was clear and unambiguous—and it applies to every state: While a “State need not subsidize private education[,] . . . once a State decides to do so, it cannot disqualify some private schools solely because they are religious.’”

Institute for Justice, speaking to the decision in Espinoza v. Montana Department of Revenue, June 2020

In 2015, the state of Montana created a tax credit of up to $150 for those who contributed to a scholarship granting organization for K-12 private schools. Scholarships were granted to families with lower incomes and those with children with disabilities. The Supreme Court had previously resolved the question of the constitutionality of school choice programs in 2002 by finding scholarship funds go to parents, not schools, who freely and independently decide where to use it. Nonetheless, in 2018 the Montana Supreme Court found that because families of scholarship recipients could choose among faith-based schools in its program, it was in violation of their state constitution. This led to a lawsuit brought by parents and ultimately the case reached the U.S. Supreme Court in 2019.

On June 30th of this year the Court issued its decision in Espinoza v. Montana Department of Revenue. In a 5-4 decision it found in favor of the plaintiffs—Kendra Espinoza, Jeri Anderson, and Jaime Schaefer who had children attending Stillwater Christian School with scholarship assistance. The outcome is an historic victory for parents, students and the schools that serve them. And it is an achievement representing decades of effort on the part of advocates for freedom of choice in K-12 education.

In Espinoza v. Montana Department of Revenue, the message of the Court was a simple one—the protections of individual liberties guaranteed by the Bill of Rights within the U.S. Constitution “demand government show neutrality—not hostility—toward religion in student-aid programs. Prohibiting all religious options in otherwise generally available student-aid programs rejects that neutrality and discriminates against religion.”

It is a simple message with profound implications, as well, for a mission most fundamental to our Catholic faith—our obligation to serve families and communities through education.

Our history, our mission

Throughout our nations’ history Catholic schools have been among the most successful institutions for assisting poor and immigrant families as they worked to move ahead and assimilate into a new culture. For those families, Catholic schools presented the opportunity to combine their faith with the aspirations parents held for their children—components they believed were not only indivisible but indispensable. The record reflects the success of Catholic schools as they graduated hundreds of thousands of students prepared to work, serve and participate in society, creating not only private benefits but a remarkable contribution to the public good.

During the late 1800’s that mission intersected with efforts to standardize the nation’s K-12 system of education. During that period attempts were made to marginalize Catholic schools, which had become a mainstay in many communities across the country. States relied on the enforcement of versions of state Blaine “no-aid” amendments, created in the period after the Civil War to limit the expansion of Catholic education. The amendment would forbid state financial assistance from going to Catholic schools. At that time the nation was experiencing unprecedented waves of immigration comprised largely of poor and desperate families, often Catholic, and the prevailing wisdom held the proliferation of Catholic schools could limit efforts of standardization and ultimately compromise state authority. This in spite of a history that defied that narrative and indicated the faith-based schools were strong partners in the mission of education, serving countless families as they moved from poverty to the middle class, often in one generation.

Ultimately the campaign to consolidate the national system of education became so broad-based and encompassing the Supreme Court intervened in 1925 to assert the rights of parents and educators outside the public realm. The Court attempted to strike a balance between the fundamental rights of parents and the priority of an educated populace. Private schools maintained that priority was not at odds with their participation.

In spite of that support, for almost a century parents and faith-based elementary and secondary schools have continued to face the challenge created by “no-aid” state amendments, a prohibition of funding to religious organizations not applied to other areas such as healthcare and higher education.

The cost of providing elementary and secondary education has increased dramatically in the past 50 years, driven largely by forces beyond the control of private education providers. The budgets of many faith-based schools are often stretched beyond capacity in an effort to remain an option for the parents that choose them, particularly the underserved. Consequently, Montana’s decision to end an entire statewide scholarship program for private schools because it included those that were faith-based ultimately drew the attention of the nation’s highest court, resulting in the decision by the U.S. Supreme Court to consider the petition.

The Supreme Court created the foundation for its June ruling in 2017. In Trinity v. Comer, the state of Missouri denied materials to resurface a small preschool playground to an otherwise qualified applicant because the program was affiliated with a local Lutheran church. In its decision, the Court was clear that non-public students were entitled to the same safety considerations and protections as their public counterparts. The outcome in that case, in combination with Espinoza v. Montana, should send a powerful message of support for the equitable treatment of families in their freedom of choice in education.

We believe the Espinoza decision marks an important point in time, one which empowers parents with more authority, not less, to choose school or program best suited to the needs of their child. Particularly for the underserved, the option to choose, instead of being assigned, is not a want, but a need. And what is required is the vitality of more diversity of choice, not less—not more choice for a few, but fewer obstacles to more choice for all. It will transform lives.