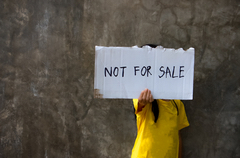 A mix of floor debate and committee work is expected this week at the State Capitol. House File 720 is on the Iowa House debate calendar for today. This is a bill opposed by the ICC that would allow landlords to reject lower-income renters that use federal Section 8 housing vouchers.

The Iowa House passed and sent to the Senate several bills supported by the ICC:

The Iowa Senate passed and sent to the House these bills supported by the ICC:

The ICC is also working against HF 434, which would allow for over-the-counter access to contraceptives. The legislation will undercut the physician-patient relationship. Any prescription medication carries risks, which is why they require a prescription. A pharmacist is also relying on a questionnaire that may or may not be answered accurately by the patient. It might be tough to adequately assess a patient’s risk.

We question what goal this change in policy hopes to achieve, especially in view of the dangers it could pose, and if it ultimately protects the best interests of women.

Both chambers are moving the annual policy bill for the state Department of Agriculture and Land Stewardship. This year the bill includes an updated “farm to school” program which would allow the department to partially reimburse schools for buying produce and protein from nearby producers.

Finally, the ICC has registered in support of a bill that puts into practice principles of restorative justice. The purpose of HF 678 is to help build a better probation system that encourages people to become successful, so they don’t return to the criminal system.

The bill provides that a defendant can earn a discharge credit of 14 days’ reduction for each full month in which the defendant has not violated any terms of probation. A defendant on probation can also earn an educational credit of 90 days if they earn a high school diploma or complete a certified vocational program. The probation officer can also make recommendations.

The bill would allow up to two technical violations (such as missing a meeting with an officer) before a person on probation would have to go to prison. In addition, a person on probation shall not be precluded from obtaining a driver’s license due to lack of payment of fines and fees. This might help in keeping or finding a job. If they commit a new crime obviously the person could be charged for that.

From the perspective of the U.S. bishops, it is unfortunate that legislation named the “Equality Act,” if signed into law, would produce just the opposite result. The rights of millions of Americans would be violated.

The bill has passed the U.S. House and is being considered by the Senate. To learn more and send our Senators a message, go to https://www.usccb.org/equality-act.

Following the passage of the American Rescue Plan Act, the USCCB released a statement expressing support for the provisions providing relief to help those in need but was also critical of the bill’s lack of protections for the unborn.

Assisted suicide laws are dangerous to vulnerable people. The highly publicized assisted suicides that proponents promote and call “heroic” are having deadly effects. Watch “Jackie’s Story” to learn more about how a family was devasted by a suicide that was assisted. Go to https://youtu.be/fgCEW_jVsXc.