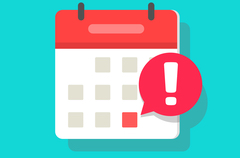 The first legislative deadline or “funnel,” at the State Capitol was Friday. A bill must have passed its first committee by then or it’s considered dead for the session. (Budget and tax bills don’t have a deadline.) During the next couple of weeks, the House and Senate will be focusing on debating bills passed by committee.

From late last week at the Capitol …

The House Judiciary Committee passed HF 442, a bill which would provide additional legal protections for mobile home park residents. An amendment was approved which makes the bill just a blank placeholder for future negotiations as they work something out.

The same committee also passed a bill regarding fundamental parental rights (HF 714). The bill is intended to codify current case law in Iowa that the right to direct the care and education of a child is a parent’s fundamental right.

HSB 240 passed the House Education Committee. The bill doubles the tuition and textbook tax credit taken by parents to 25% of the first $2,000 in educational expenses. The committee also passed HSB 242 to allow private nonprofit groups to run charter schools.

The Student First scholarship program, HSB 243, passed a subcommittee but did not get taken up for a vote by the full Education Committee. The program would offer state-funded scholarships for some public school students to attend a nonpublic school. A diverse number of parents were present to speak in favor of the bill. Two students from Dowling Catholic High School in West Des Moines also did a great job speaking to legislators.

What the Legislature finally passes regarding parental choice in education has not yet been decided.

The Senate State Government Committee unfortunately didn’t take up a bill introduced last week, SF 508, which would have improved statistical reporting of abortions. SF 508 would have helped address assertions that we have heard about the safety of abortion and complications. The public would also have received some aggregated data to help inform discussions about other public policy questions. Were the mothers objects of abuse? Are there a greater number of abortions because women see no other choice economically? Are baby girls or those with genetic abnormalities being aborted at greater rates? Hopefully the Legislature will take up the bill at another time.

In addition, the committee did not bring up SF 436, the Religious Freedom Restoration Act, for consideration. The bill would have provided a basic balancing test between the state’s interest in regulating an area of law and the burden that places on a person’s religious practice. Sometimes people assume this bill only has to do with LGBTQ issues but that’s not so.

Here’s an example. Iowa’s constitution currently says a person has a fundamental right to an abortion. Iowa also has a law that allows medical personnel to decline to participate in an abortion. So let’s say a nurse at a hospital is asked to assist with an elective abortion of a baby with a genetic anomaly. She would like to refuse but is threatened with her job. She refuses and the hospital fires her.  This is a scenario where the RFRA would give the nurse an argument in court – that’s all.

Finally, HF 703 did not advance. The bill, supported by the ICC, would have required the Labor Commissioner to adopt standards on the mitigation of infectious diseases during medical emergencies, including COVID, by employers. It also required inspections to be prioritized.

Following the funnel deadline, here are some bills that are alive:

Here are a few issues that didn’t make it past the deadline:

Some of these issues may return as appropriations bills or amendments.