STATE LEGISLATURE GAVELS IN ON MONDAY

Thanks to those of you who have signed the petition backing the passage of Education Savings Accounts in Iowa. More than 1,100 people endorsed the proposal. We let the governor’s office and key legislators know about your support. You can still sign the petition through Sunday at www.votervoice.net/icc/home. 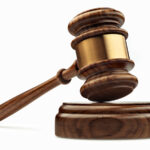 The 90th Iowa General Assembly starts next Monday, Jan. 9. Gov. Kim Reynolds is scheduled to present her budget and “Condition of the State” message to the Legislature on Tuesday.

The omnibus bill signed by the president shortly before Christmas included several provisions that will provide meaningful support for pregnant and nursing women and their children. In addition to retaining the longstanding, bipartisan pro-life appropriations riders, the year-end omnibus agreement included:

Unfortunately, the omnibus bill did not include other year-end priorities of the U.S. Catholic bishops like the Afghan Adjustment Act, the Farm Workforce Modernization Act, an expanded child tax credit, and the American Dream and Promise Act.

Please pray for Emeritus Pope Benedict, 95, who died last week. The funeral is scheduled for 2:30 a.m. Central time on Thursday, Jan. 5. May perpetual light shine upon him.

The Feast of the Epiphany, celebrated Sunday, Jan. 8, marks the end of the Christmas season on our liturgical calendar. We pray you have a happy conclusion to the season.