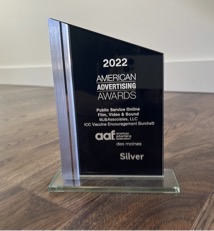 Negotiations continue between the chambers on wrapping up the legislative session. One of the areas of disagreement is the Students First/Education Savings Accounts scholarship plan supported by Gov. Reynolds and the Iowa Senate. The proposal is apparently some votes short in the Iowa House.

Additional help for parents to send their children to Catholic schools has been a long-time priority. We believe parents – including low-income parents – should be better able to choose the school that best aligns with their values and the needs of their children.

Our partners at the Iowa Alliance for Choice in Education issued a statement to legislators cutting through some of the misinformation around the issue.

There’s still time to find out what your legislators think about this and other important matters. Check out our current sample messages to legislators here.

LAST WEEK AT THE CAPITOL

We are pleased that Gov. Reynolds signed Senate File 2197, which creates a task force to review special education support provided by public schools for students at nonpublic schools.

House File 2372 passed the Senate unanimously on April 19 and will go to the governor. The ICC supported the bill. It’s already against the law to force a woman to terminate her pregnancy without her consent. However, a 2017 Court of Appeals decision said that it must be proven that a woman was pregnant at the time of the crime (which is sometimes difficult to do after the fact). HF 2372 closes a loophole by adding that it is a felony to “attempt” to intentionally terminate a woman’s pregnancy.

House File 2562 is the final version of the bill intended to help mobile home residents who have occasionally suffered from drastic rent increases. The watered-down bill passed the House earlier this month and passed the Senate last week. It extends the notification periods for rent increases from two months to three months, and the period before the termination of the lease from two months to three months. HF 2562 does not limit the amount or frequency of rent increases.

A few components of the ICC vaccination encouragement campaign were entered into the annual ADDY Awards of the Des Moines American Advertising Federation. The “Ryan Burchett” video was recognized with a silver ADDY Award for excellence in Public Service Online – Film, Video & Sound. Congratulations to our producer, MJ Meister! You can see all the videos on the Iowa Catholic Conference YouTube channel.