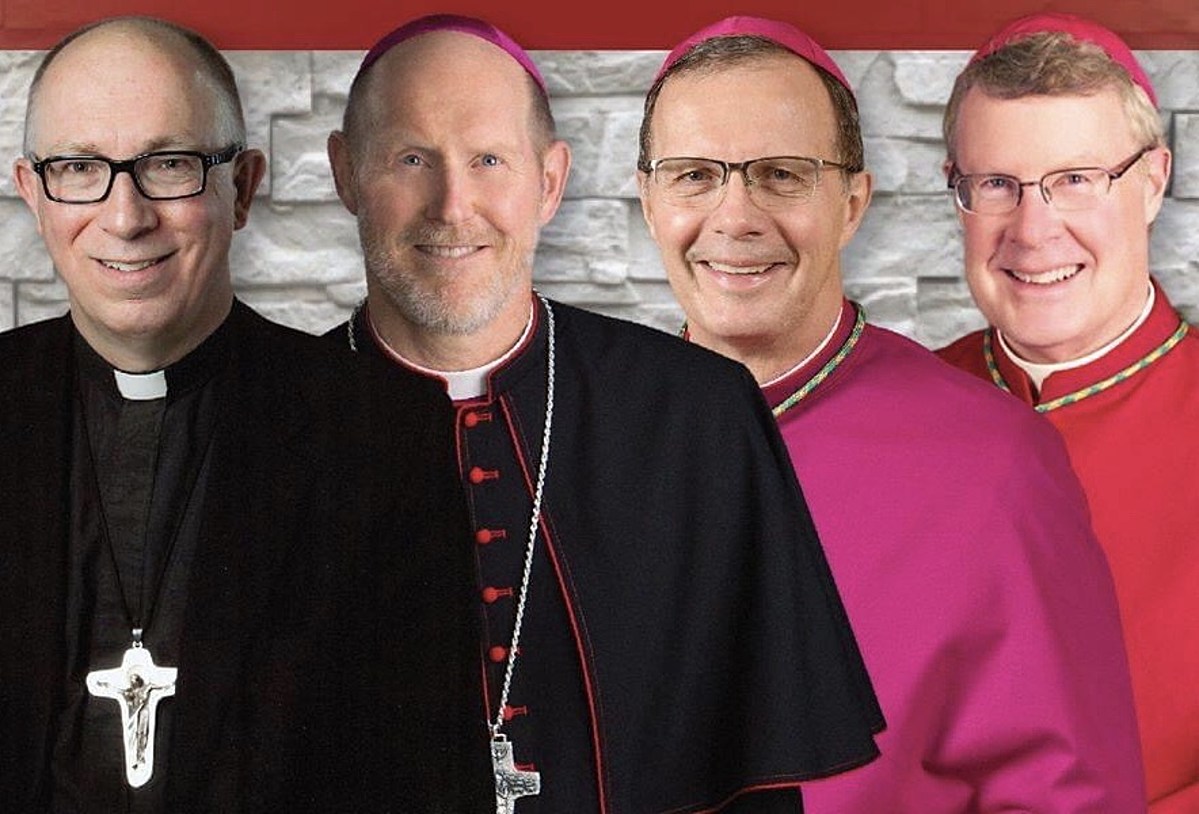 The Iowa bishops have released a statement following the leak of a draft opinion from the U.S. Supreme Court on the Dobbs v. Jackson Women’s Health Organization case. The draft would seem to indicate majority support for a reversal of Roe v. Wade. The full statement is available here.

The bishops say, “Guided by science and faith, Catholics are praying fervently that the U.S. Supreme Court will overturn the claim to a constitutional right to abortion in its ruling on Dobbs v. Jackson Women’s Health Organization … This would have the effect of allowing many states to determine their own abortion policy.

“But not Iowa. In 2018, a Supreme Court decision created a fundamental right to abortion in Iowa. That’s why we advocate for the ‘Protect Life Amendment,’ so Iowans can once again debate abortion and perhaps even pass laws protecting preborn children.”

The bishops also ask for support of the “Iowa MOMS” bill, which will help pregnant women in Iowa have better access to quality prenatal and postpartum care.

The bishops say, “No matter how the Dobbs case turns out, we have a responsibility and opportunity to take action to support the dignity of the human person and the common good.”

You can contact your legislators in support of “Iowa MOMS” by clicking here.

NEWS FROM THE STATE CAPITOL

The Senate Appropriations Committee met last Wednesday and approved several budget bills that had been passed by the Iowa House. So, it’s possible the Legislature will finish up this week.

The Students First proposal is still being discussed. It would offer funding for some parents to send their children to a nonpublic school. The bill has already passed the Iowa Senate. Click here to send your member of the Iowa House a message in support.

Primary elections in Iowa are set for June 7. The Iowa secretary of state has posted information about ensuring election security.

In response to the shootings in Buffalo, NY and Laguna Woods, CA, the U.S. Conference of Catholic Bishops (USCCB) offered the following statement from its spokesperson, Chieko Noguchi, director of public affairs.

“The U.S. bishops join with others throughout the country in offering prayers for the support and healing of the families, friends, and communities of those impacted by these violent incidents … The bishops again call for an honest dialogue rooted in Christ in addressing the persistent evil of racism in our country. The Catholic Church has been a consistent voice for rational yet effective forms of regulation of dangerous weapons, and the USCCB continues to advocate for an end to violence, and for the respect and dignity of all lives.”