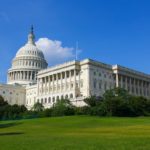 The U.S. House is expected to vote Friday on the most radical pro-abortion bill ever seen, which is saying something. Click here to edit and send a message in opposition to your members of Congress.

The so-called “Women’s Health Protection Act” (H.R. 3755/S. 1975) would impose abortion on demand, at any stage of pregnancy. Even modest and popular pro-life laws at every level of government – the federal, state, and local level – would be on the chopping block. This includes parental notification for minor girls, informed consent, and health or safety protections for abortion facilities. It would force Americans to pay for abortions here and abroad with their tax dollars.

The parliamentarian of the U.S. Senate has ruled against an attempt to include immigrant protections in the budget reconciliation bill. This makes it much more difficult to achieve a pathway to citizenship for undocumented immigrants. According to the parliamentarian, the proposed policy changes far outweighed any budgetary impact, so they could not be included.

According to reimaginED, the White House on Sept. 13 issued an executive order to advance educational equity, excellence, and economic opportunity for Hispanics. Included in the text of the order is the fact that Hispanic students continue to be underrepresented in advanced courses in math and science, and that they can face language challenges in the classroom.

Interestingly, RealClear Opinion Research polling in fall 2019 showed that when asked if they could select any type of school for their child, 70% of families selected a school other than their zoned public school. Polling from Beck Research conducted in January 2021 showed that 71% of Hispanics either strongly favor or somewhat favor school choice. Unfortunately, the executive order does not address that issue.

Now more than ever, families not only want school choice; they need it.

Iowa Interfaith Power and Light’s “Called to Climate Action” public event will be held virtually on Saturday, Oct. 16 starting at 10 a.m. You can register and learn more at https://iowaipl.org/2021/09/03/called-to-climate-action-2021. Kent Ferris, director of social action for the Diocese of Davenport and chair of the Iowa Catholic Conference Human Life and Dignity Committee, will be the moderator of the event. You are also invited to consider signing the interfaith 2021 Called to Climate Action faith statement written by student leaders.