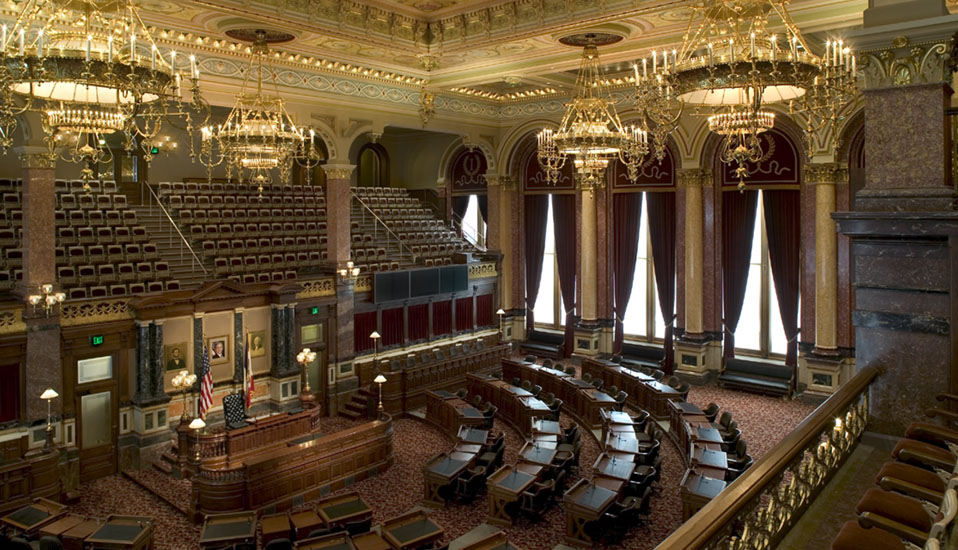 IN A HOLDING PATTERN

It appears the Iowa House or Senate won’t be doing much floor debate this week as leaders negotiate policy, tax, and budget issues to end the legislative session.

Some key issues yet to be resolved from the ICC agenda include the Protect Life Amendment, the food stamp asset test and sales tax exemption for food banks, and assistance for parents of nonpublic school students.

Both chambers have introduced their own take on tax reform – SSB 1276 and HF 893. Both include the removal of triggers which have the effect of putting the income tax cuts passed in 2018 into effect sooner.

On the positive side, both versions include parity in payments for mental health services provided by telehealth (a benefit for many counseling programs including Catholic Charities’) and increased tax credits for affordable housing development.

However, the House and Senate tax bills have some differences. HF 893 includes the sales tax exemption for food banks supported by the ICC, which exempts non-food items sold to a food bank from the state sales tax. As far as the Senate’s food stamp asset test, which would take many people off assistance, we know the House does not want to accept it but it’s likely to be a subject of negotiations.

While the ICC does not have a position on the matters, the Senate version has the state take over non-Medicaid funding for government mental health services from the counties. It also ends the state’s payments to local government which help make up for previous property tax cuts.

Both the House and Senate have passed similar and effective versions of the “Protect Life Amendment,” but a final version has not been agreed upon. It’s disappointing. This constitutional amendment would not outlaw abortion but would allow it to be regulated. In 2018 the state Supreme Court found that abortion is a fundamental right in Iowa.

Last week the House passed HF 868, which includes a small increase in textbook funding for nonpublic school students as well as a late-minute amendment to enact an updated accreditation system for all schools. Both chambers are still working on improvements to the School Tuition Organization tax credit program, which helps more than 10,000 children receive a scholarship to attend a nonpublic school.

The bishops are rolling out a campaign to encourage Congress to keep current restrictions on taxpayer-funded abortions. The Hyde Amendment and similar laws have protected taxpayers from funding elective abortion for 45 years. Now, powerful members of Congress want to take away these laws that both Democrats and Republicans have supported for nearly half a century.

Go to www.notaxpayerabortion.com to sign the petition and learn more about the issue.

Last week the Administration announced that it will increase the number of refugees who can be resettled in the United States during the current fiscal year to 62,500. In response to Monday’s announcement, Bishop Mario E. Dorsonville, auxiliary bishop of Washington and chairman of the U.S. Conference of Catholic Bishops’ (USCCB) Committee on Migration, issued the following statement:

“For decades, the United States has been a leader in refugee resettlement. We are in the midst of the greatest forced displacement crisis of our lifetime and know that there are more than 26 million refugees worldwide and more than 47 million people who are internally displaced. It is imperative that we act now to ensure the safety of these individuals and their families. The Catholic Church teaches that every person is created in God’s image and must be valued, protected, and respected for the inherent dignity that he or she possesses. It is more important now than ever that our country continue to lead as we address this humanitarian emergency.”