The Catholic bishops of the United States are asking for contacts to our U.S. Senators early this week in response to the so-called “Respect for Marriage Act.” Unfortunately, the “Respect for Marriage Act” would prevent states from restoring the authentic understanding of marriage between one man and one woman if given the opportunity by the Supreme Court. It could even require the federal government to honor polygamous “marriages” in states that move to allow it.

The bill has passed the House and there is a real chance the bill will become law. You can find out additional information here as well as a sample message: https://votervoice.net/USCCB/Campaigns/96507/Respond.

Please take the time to read the bishops’ letter about the legislation too: https://www.usccb.org/resources/LetterRTC-RFMActs2022.pdf. It says, in part, “People who experience same-sex attraction should be treated with the same respect and compassion as anyone, on account of their human dignity, and never be subject to unjust discrimination. It was never discrimination, however, to simply maintain that an inherent aspect of the definition of marriage itself is the complementarity between the two sexes.”

WAITING PERIOD FOR ABORTION IN EFFECT IN IOWA

The attorney general of Iowa has said that the 24-hour waiting period for abortions will be enforced statewide. Last month, the Iowa Supreme Court ruled the waiting period was constitutional.

The U.S. House recently passed the “Women’s Health Protection Act,” H.R. 8296, by a vote of 219 to 210. This bill would impose abortion on demand nationwide at any stage of pregnancy and would eliminate pro-life laws at every level of government – including parental notification for minor girls, informed consent, and health and safety protections specific to abortion facilities. 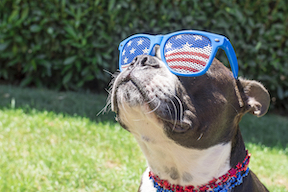